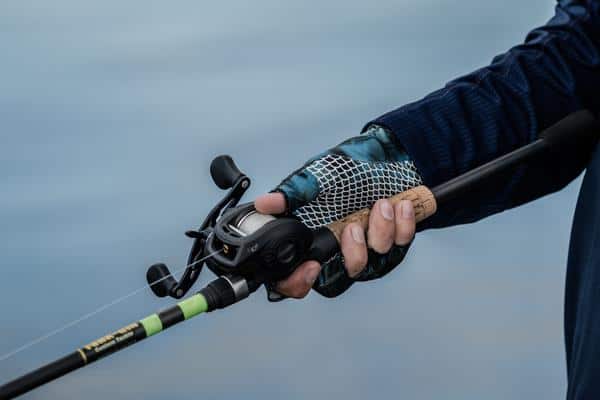 This comparison between the two reels is to help guide you through the fishing world. Reels are the first thing you should be thinking about whether you are preparing a fishing trip or want to try out fishing for the first time. This is because it is the device that allows you to cast your bait at different distances and get you the fish you want.

However, the different types of reels can confuse you. Both the spinning reel and the bait-caster have the same job, but each of them has different qualities and characteristics. You can use both, or you can pick one depending on your fishing preference and level of experience. In other words, your choice between a spinning reel and a bait-caster depends on which fish you want to catch, and are you a beginner or a pro?

This can be a tricky comparison. So, here are the major differences you need to consider when choosing between them.

Baitcasters have a higher ability than spinning reels to make you cast further and with greater accuracy. Using a bait caster will allow you to reach the “honeypot” while you are standing far on the shore. They also give you more accuracy over long distances.

2. Types of Hooks, Lures, and Fish

Spinning reels are more adaptable with small hooks and lighter lures. They have a sensitive drag system, allowing them to be more convenient with small and average-size fish. While baitcasters are more suitable for fishing and handling larger fish. The reel has more control with heavy weighted lures and hooks.

Baitcasters have a higher gear ratio than that of spinning reels. They provide faster casting and retrieval of the spool. The high-speed options of the baitcasters facilitate the fishing process, especially when big sized fish are tangled on the heavy lures.

As for the spinning reels, they have a lower gear ratio, and sometimes it levels up to medium speed. Moreover, they tend to need a small manual intervention, so you might need to hold the line while you are casting the bait with your index to give it more control when casting.

Spinning reels suffer fewer backlashes as they handle the wind better. They provide more stability against the wind due to the lightness of their lures. On the other side, baitcasters are more subject to backlashes. This is because they form wind knots due to the instability of their lures.

5. The Orientation of the Spool

In baitcasters, the orientation of the spool is more of a fixed control. It requires minimum effort when casting or dropping as the spool is in line with the fishing rod. So, it makes the casting of the bait smoother and quicker.

6. The Direction of your Hand

The spinning reels top over the baitcasters in the “swapping option.” Spinning reels allows you to use it through both sides, by swapping it to the left or to the right.

Contrarily a baitcaster doesn’t have a “swapping option.” You can only purchase a reel of a certain design, either for left-handed or right-handed people. It is not a -on-the-run kind of reel.

Finally, we can say that these differences may seem minor for an experienced fisher. However, for a beginner who wants something easy, flexible and doesn’t require much focus. The spinning reel is your ultimate choice. It is guaranteed that you have a fun and enjoyable fishing experience. This is because you won’t have to worry about backlashes or bad water conditions. You will cast and retrieve, hoping an average fish is caught on the lure. And you get to enjoy the sound of the drag being pulled at a fast pace. It gives you an unforgettable adrenaline rush.

If you are a pro or you want to have customized fishing experience, then go for the baitcasters, they are the real deal. They allow you to have control in most situations, seize bigger fish, and gain more professional experience.

A final piece of advice is to plan your fishing trip ahead by knowing what kind of fish you want and what kind of experience you want to have out of your trip.No one knows the type of reel that will suit you well except you. Do your research first.