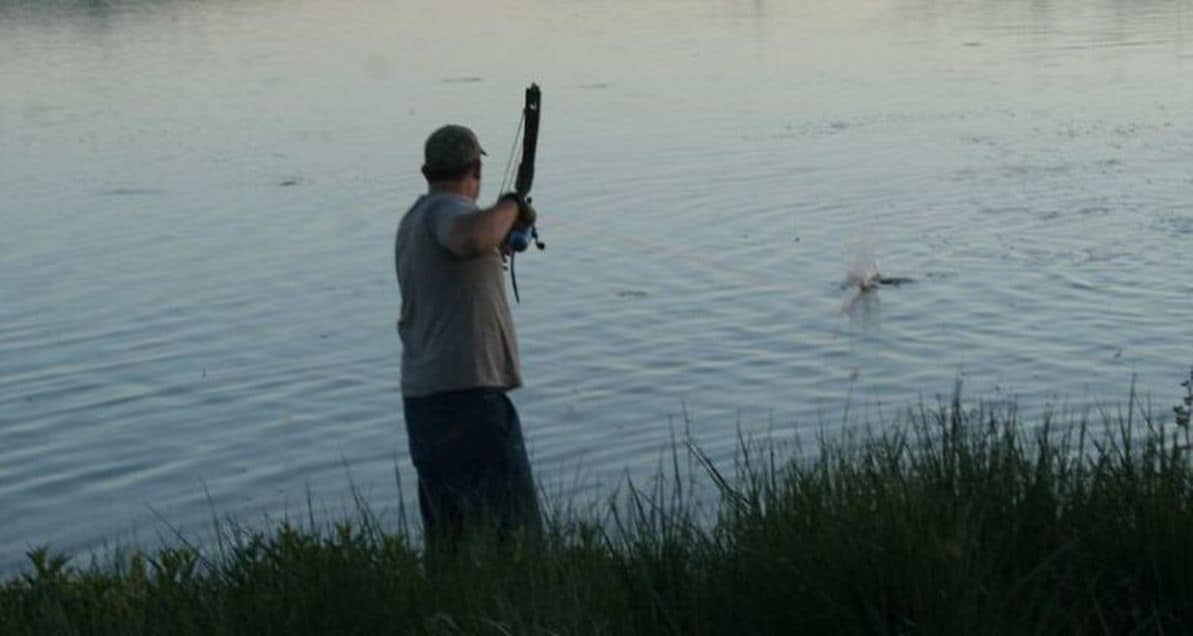 For many people, bowfishing isn’t merely about the fishing itself. Instead, it’s more about the thrill of retrieving fish with a bow and an arrow, which makes it the perfect activity for adventurous people who are more interested in hunting underwater species instead of on-ground ones.

If you’re a bowfishing fanatic, you probably know what a bow and an arrow are, but it’s not as common for you to have heard the word ‘reel.’ If you’ve come across it recently among the recommended purchases and you’re still lost on what it does, we’ve got your back!

Simply put, a reel is a spool, a bottle, or a canister of a tight line that is used to connect the arrow to a float because there are no other ways to retrieve a fish than to have the arrow kill it instantly or for the line to smoothly fly out of the reel to go after the fish.

If you were one of those children who used to go to summer camps and had to depend on yourself to catch and cook your food, you probably know the excitement of finally preparing your meal. Now imagine that scenario again, but this time, you’re doing it willingly.

You’re with your friends on a lantern-lit boat, and your hands are gripping the bow tightly while simultaneously unleashing the line from the reel, proceeding to follow that fish you eyed in the shallow waters! Doesn’t that seem perfect?

In this article, we’ll take a deep plunge into the world of reels, covering their different types, functions, and what you need to consider when choosing the one for you.

While they share the same purpose, which is sending the line with the arrow to pierce through your fish, reels use different techniques. The main types of reels are drum/ hand-wrap reels, spin-cast reels, and retriever reels.

As their names suggest, for drum/hand-wrap reels, you have to roll the line back around the drum yourself.

Drum reels come in two shapes: screw-on mounts or tape-on reels. Generally, both types of drum reels are relatively cheap because all you have to do is attach the reel to the stabilizer hole on the bow.

While drum reels may not be as speedy as spin-cast reels or retrieval reels, they’re effortless to set up and use, which is why they’re ideal for beginners who are still in the early stages of bowfishing. However, if you’re fishing for fish with a reputation of being able to swim very fast, you won’t want to have a drum reel.

Spin-cast reels are a considerable improvement over drum reels, and they even excel in how easy they are to use. Spin-cast reels function using the push-button technique, meaning that when you push the button in, the disengagement process begins as the line is released.

Then, you turn the crank to make sure the line won’t go out anymore before you retrieve it back with your fish. The push-button technique makes the process a fast one, so your chances of targeting and retrieval are heightened.

Also, the way they function is more or less similar to traditional fishing rods, so if you’re a beginner that wants a smooth transition, spin-cast reels will help you with that.

When it comes to durability, their durability is average since their speed wears down the reel, so after some time, you’ll have to make a replacement.

The only disadvantage of spin-cast reels is that the buttons can cause the opposite effect if you misfire before making a shot. In that case, you’ll have lost an arrow since the bowline snaps right after you shoot.

Retriever reels are manufactured by the AMS Retriever, a bowfish manufacturing company with 100+ years of experience in bowfishing, so you’re guaranteed superior quality.

The line itself is thicker than those of drum and spin-cast reels, so if you tend to hand-fight fish, you’ll need a retriever reel. The line is stacked into a bottle, and when you shoot, it flies out with the arrow, then you use the crank to retrieve it.

For more convenience, retriever reels are super lightweight, so they’re ideal for long-lasting bowfishing trips. Moreover, because of the thick reel line, the reel doesn’t wear down quickly and will last for long before it requires replacement.

When it comes to speed, retriever reels beat the speed of drum reels, but they’re slower than spin-cast reels. It’s an in-between option.

On the other hand, as you would expect, retriever reels are on the expensive side of the spectrum due to the quality they offer.

Two Factors to Consider When Picking a Bowfishing Reel

If you’re transitioning from traditional fishing to bowfishing and you’re still testing your hands, it’s better for you to choose either a drum reel or a spin-cast reel. Both types are reasonably priced, and in many aspects, they make the fishing experience similar to that with a rod.

On the other hand, if you’re already familiar with bowfishing and you’re willing to invest more in a fully functional reel, a retriever reel should be your next purchase, since it’s more suitable for advanced bowfishers.

For many fishers, sturdiness and durability are non-negotiable factors that determine their choice of a bowfishing reel.

Since fishing is an outdoor activity, the tools are exposed to many elements, the most critical being weather conditions. Therefore, your bowfishing reel needs to be equipped to handle rough conditions and turmoils while ensuring your safety at the same time.

Believe it or not, sometimes, the harsh weather conditions make the perfect fishing experience. However, for that to happen, you need a reel that is fast enough to release the line and retrieve it back while keeping you safe on your boat.

Accordingly, look for sturdy materials, such as heavy metal!

If you’re new to the world of bowfishing, we recommend that you test yourself first with either a drum or spin-cast reel. When your hands get used to them, and you feel that you’re ready to progress to a new level, then, by all means, it’s time to opt for a retriever.