The fishing reels market has rapidly evolved into a very competitive one. While that’s really good, it leaves potential purchasers confused between the various types of fishing reels to choose from.

While owning a good-quality rod and line are certainly prerequisites to a successful fishing experience, investing in a high-performing fly reel is crucial. However, many fishers tend to overlook reels.

If you’ve been facing disappointment after another when it comes to fishing and watching fish run away from you effortlessly and you still don’t know why, that’s probably because of your choice of reels.

If that’s the situation, or if you’re still new to the fishing experience altogether and don’t want to feel that disappointment, you need to purchase a well-performing fly reel. We’re here to tell you what you need to consider when choosing the one for you!

How to Choose a Fly Reel, Types of Fly Reels: 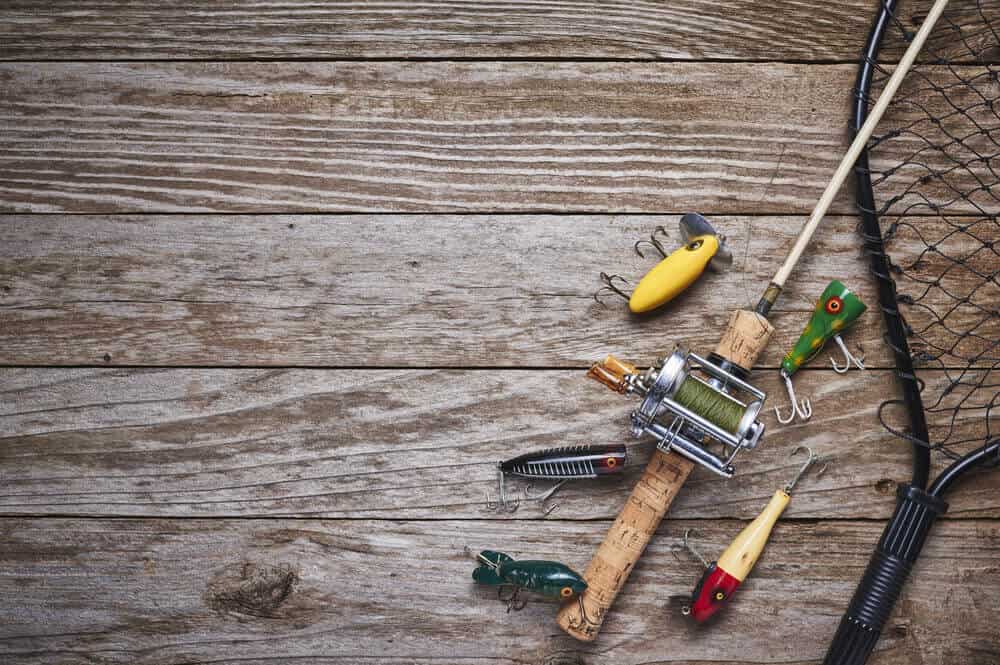 Among the different types of reels, fly reels themselves are available in various types. So if you’re settled on fly reels, it’s time you choose among the fly reel types.

The main three types of fly reels are single-action fly reels, multiplying fly reels, and automatic fly reels. The main difference lies in their retrieval systems, indicating the number of turns that the spool takes with each handle’s turn.

Just like their name applies, with single-action fly reels, the number of spool turns is one, a single turn.

Single-action fly reels are the most basic and conventional. While they’re perceived by many to be suitable for beginners, they’ve also sold well among professional anglers.

Whether beginners or professionals, both agreed that single-action fly reels are only perfect when it comes to fishing in freshwaters. They can efficiently catch small species of fishes in shallow waters mainly.

What makes this type of fly reel successful is its ability to put you in real action with your lures while fishing. Consequently, you get to have a thrilling experience while successfully catching fast fishes before they manage to escape. 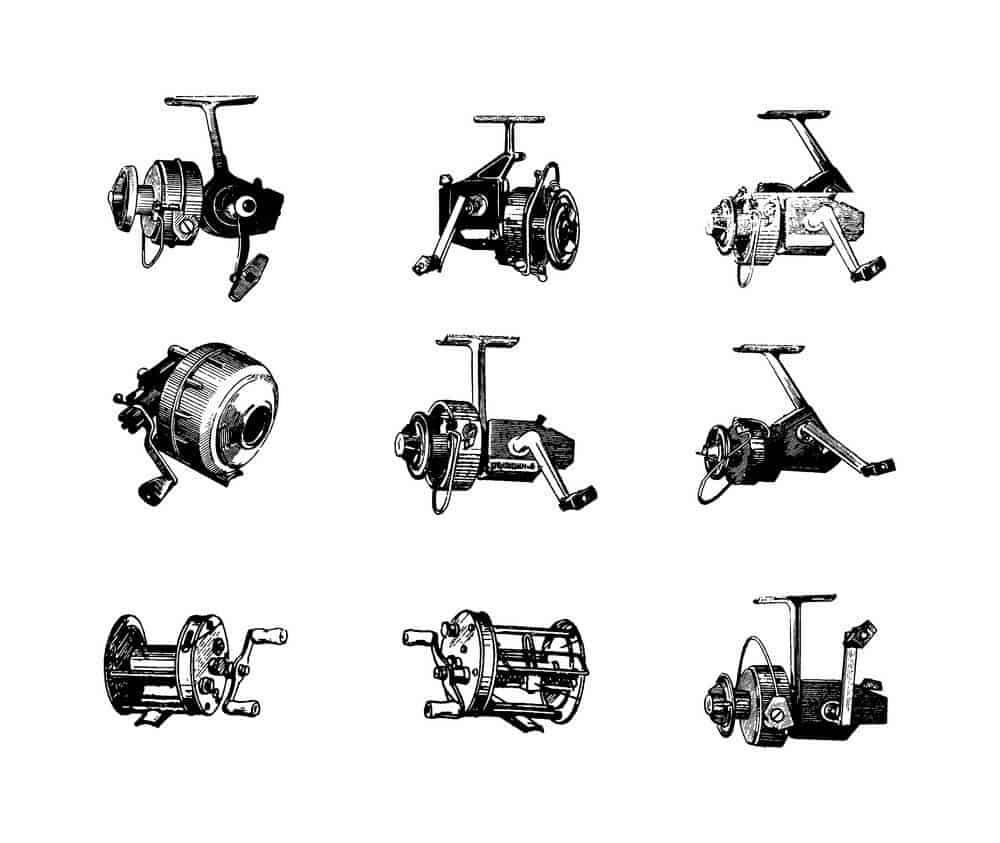 Multiplying fly reels are more advanced than the single-action ones. The spool on this type of reel takes multiple turns per a single handle’s turn. In other words, the ability of the fly reel to retrieve the line is remarkably higher.

The efficiency of this fly reel is better than that of the single-action reel, but only when it comes to deep fishing. On the other hand, it can get uncomfortable while fishing in freshwater.

Multiplying fly reels are recommended for experienced anglers who like taking their fishing to the deep parts of the ocean.

Among the three types of fly reels, automatic fly reels are the ones with the most technologically advanced, hence their name. This reel model doesn’t have a handle like the other two types do. Instead, it has a trigger that saves the anglers the trouble of line retrieval.

The presence of the trigger on the fly reel allows the line to go back automatically without having to turn the spool. While this seems great and exciting, the automatic fly reel is not a great option when it comes to freshwater fishing, but rather it’s best equipped for heavy fishing styles.

How to Pick the Best Fly Reel for You 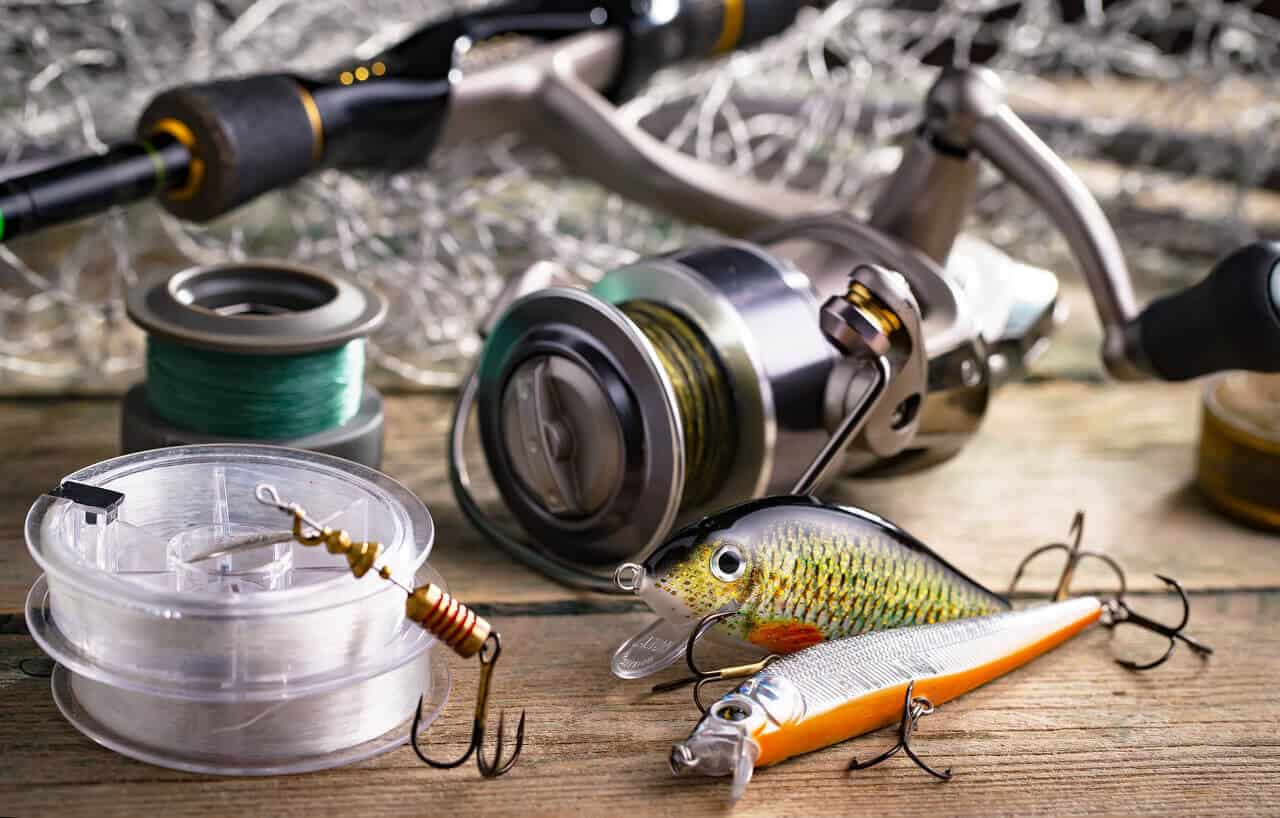 The weight and size of a reel are more of personal preference. However, both factors play a vital role during your fishing time, so you shouldn’t overlook them or choose them hastily.

Some anglers make the mistake of picking a random fly reel without bearing in mind the sizes of the rod and line. If the size of the fly reel is disproportional to your rod and line, it will lead to a frustrating fishing experience.

In addition, the fly reel may look a bit peculiar on your rod, whether it’s larger or smaller than it should be. If the reel happens to be larger compared to the rod, it may add extra weight, leading to complete instability.

To avoid this situation altogether, make sure the sizes of all three factors perfectly match: the reel, the rod, and the line.

Even the spool on your fly reel has different types to choose among. However, we recommend that you not stress yourself with that unless you’re among the anglers who prefer changing lines in a single fishing course. 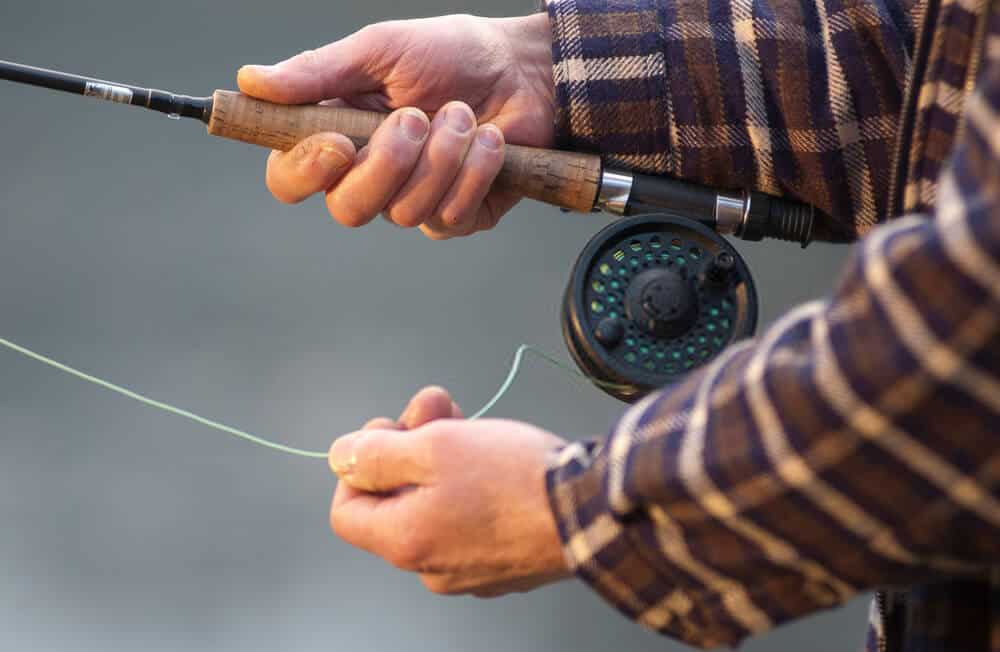 The material your fly reel is made can have a high impact on its durability and performance. Most fly reels’ manufacturers are made of either of these three types of materials: machined aluminum, plastic, and die-cast aluminum.

Plastic fly reels, also known as graphite on the market, are the cheapest material used for constructing fly reels. Given their low cost, they’re more prone to corrosion, weakening, and abrasion. Therefore, their lifespan is quite short compared to the other two types. A plastic fly reel can be the right choice if you’re on a tight budget, you’re an occasional angler, or you only use it in freshwater, since saltwater significantly impacts the reel’s body.

The second type of material is die-cast aluminum, which is not the same as machined aluminum. Die-cast aluminum fly reels are more convenient for freshwater, and shouldn’t be used in saltwater at all.

Last comes the machined aluminum material, also known as the bar-stock fly reel, which makes the best fly reels. Enjoying an extremely sturdy construction of pure aluminum, you will benefit from a long-lasting highly-efficient reel without needing to change it frequently. However, everything comes at a cost, so you’ll be spending more to gain access to this type of fly reels.

Be sure, however, that it’s worth it since it’s even resistant to scraping and erosion because it allows for a ventilation process that reduces any overheat resulting from the friction of the drag system! Therefore, it can work efficiently in both fresh and salt waters, but make sure you clean it thoroughly after each fishing trip for optimal protection.

As a beginner, you may confuse the size of the fly reel with its arbor. However, the arbor only determines the diameter of the reel and the size of the coils in which the lines are stored. There are three types of arbors: standard arbors, mid-sized arbors, and large arbors.

Standard arbor reels are the most traditional fly fishing reels. Despite not being the most efficient, professional anglers commonly use them during light fishing trips because they’re lightweight, fast, and easy to carry around. This arbor is not recommended for chasing large or distant fish, for it’s quite small in diameter and requires robust backing, in addition to having a weak drag system and tight coils to store the lines.

Mid-arbor fly reels are the least used despite being much better than the standard arbor. They’re ideal for chasing large species, and their performance basically resembles that of large arbor reels. However, they’re slightly smaller when it comes to diameters, which makes them more suitable for fishers with smaller hands who aren’t comfortable with large-sized reels.

The last type is the large arbor reels, which are the best. What makes large arbor reels the ultimate go-to are their large coils that allow for the storage of more lines, so you have more loose lines, which will enable you to cast long distances. They also have a speedy line retrieval and are great for fishing large species. However, their only drawback is being quite large, which may look a bit bizarre on some rods. 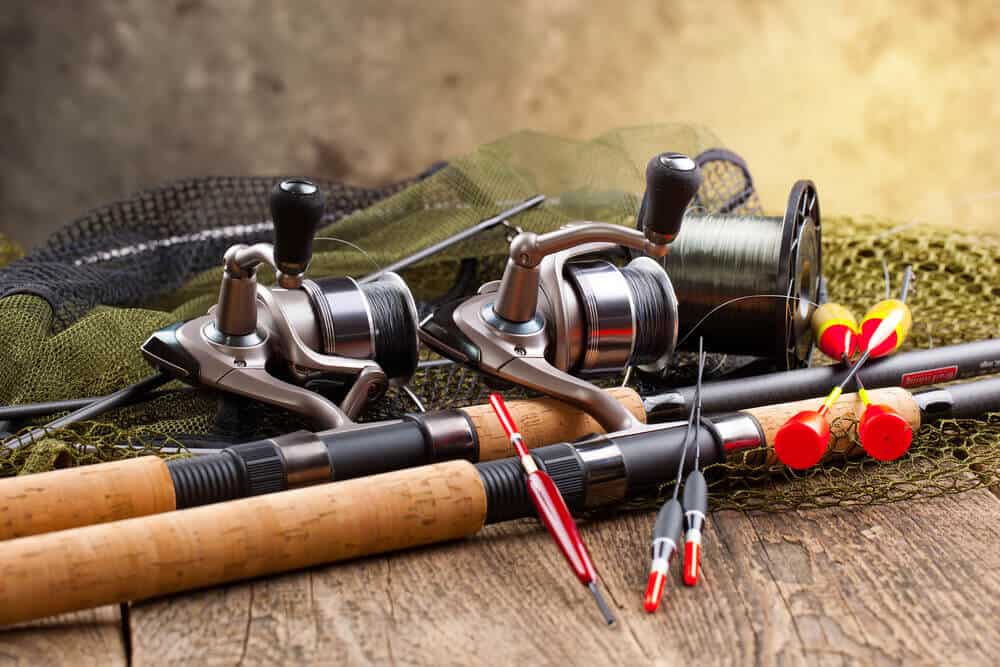 The drag system of a fly reel is a significant factor to bear in mind. Drag systems describe the mechanical method by which the fly reel functions. There are only two systems: the click and pawl system and the disc drag system, with the latter being the better option.

The click and pawl system enjoys a feeble power as it operates by the function of small springs. It is advisable to avoid purchasing fly reels that come with this drag system since they’re extremely challenging to adjust. Furthermore, they function poorly in saltwater and with heavy fishing styles.

On the other hand, fly reels that operate by the disc drag system are more potent since they involve more than a few disks. These discs embrace various materials that cause friction, allowing for a better drag performance. Moreover, disc drag systems are available in two units: open units and sealed units.

The former requires intensive care as it is based on a cork drag plate. However, it is pretty easy to clean. On the contrary, the sealed units’ drag discs contain plates made of high-friction material enclosed in air and water-tight units that abstain salt water from getting into the reel.

Choosing the right fly reel can be a walk in the park if you’re aware of what you’re looking for. Once you dictate the style of fishing that you prefer, go for the best fly reel that perfectly matches your preference, and serves your purpose.

Under all circumstances, make sure to choose a high-quality fly reel. The quality of your fly reel is instantly exposed after a long fishing day in tough coursing waters. If your reel is made of low-quality material, it will keep disappointing you during your attempt of chasing large fish.