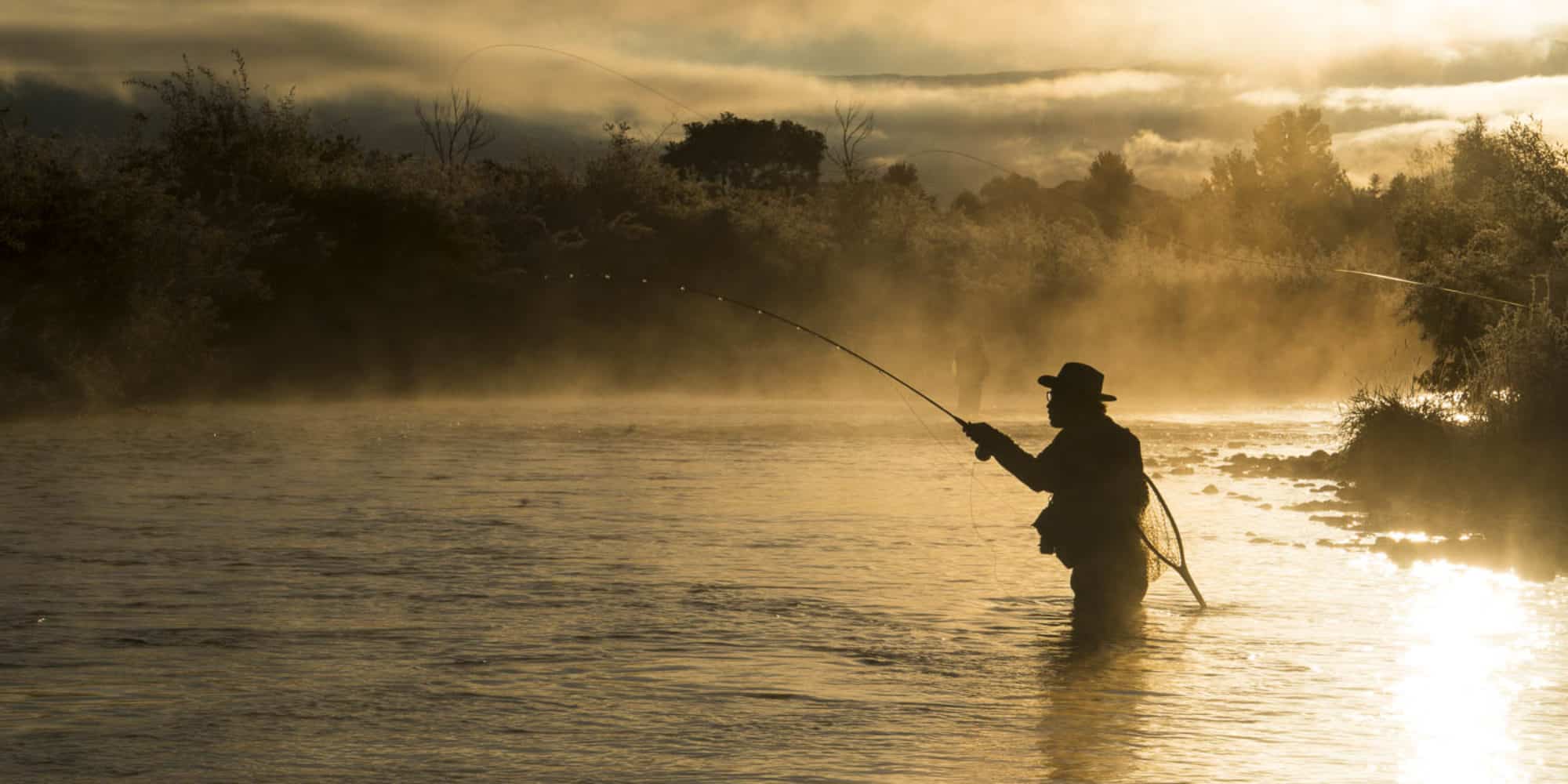 Fishing is a great way to spend your time doing an activity that’s both beneficial and relaxing.

But it may be a little confusing if you’re only starting out and you’re not sure how or where from you should.

And that’s why I’ve made this little beginner’s guide to explain everything you need to know when you want to get familiar with fishing.

Although fishing may seem like just letting a line hang and waiting for a catch, there’s a lot more to it than just that. There are many variations, and some of them are harder than the others.

Such as lakes, ponds, rivers, and streams. This type of water has minimal salt content.

Such as the sea or ocean. This type of water has a high salt content. Not only that, but it can vary from shallow and deep waters –the latter being for the more experienced.

In fly fishing, you lure a fish on a hook by a bait that looks like a fly. It also includes some wading into rivers and casting outlines.

You make a hole in the ice using a special tool and catch your fish through that hole. As a beginner, ice fishing shouldn’t be the first type you start with.

Also, you may require a good fish finder as you wouldn't be able to see the fish and locate them.

Fishing from the bank or the shore is probably the ideal way to start as you’ll be close to home. Anything extra you might need would also be readily accessible.

Fishing from a kayak or a small boat can be done in both freshwater and saltwater. It’s fun because you can change spots and go as deep as you want.

The Type of Fish You Can Catch

Some fish are quite stubborn and can put up fierce fights. So if you're looking for the easiest fish to catch, here are some suggestions.

These are quite common as they feed on almost anything. This doesn’t only mean that they’re easy to find but also to catch. They don’t put up a strong or a long fight.

There are many types of trout, but the most common are brown and rainbow trout. They're good at adapting and that's why they can be found in many places with different circumstances.

Although they bite for a variety of baits, they’re still clever and learn from the past. So you may have to change up your bait from time to time.

Bass is quite aggressive and would like to pursue your bait. So although catching them would be easy, reeling them in won't be as simple.

Perch are common and also aggressive. They’re what can be considered invasive fish.

Catching them won’t be easy because they’re attracted to many types of bait. However, reeling them in could be a hassle as they’re known to put up a fight.

They are similar to perch as they’re invasive. They’re usually found in groups, so you might end up with many if you manage to catch one.

You can find Catfish anywhere as they’re scavengers that eat just about anything.

Tip: They're easier to catch with bait rather than a lure.

Sunfish don’t even require any trying as they sort of jump onto your hook. Use smaller lures and bait as they’re already quite small.

How to Put Line on a Fishing Reel

Open the bail on your reel and tie the line on the arbor using an arbor knot.

Afterward, place the spool on a steady surface with the label facing up. You have to load the line on the reel the same way it comes off of the spool.)

Next, apply light pressure to the line as you turn your reel’s handle to make sure the line doesn’t go loose or cause any problems.

After that, stop and check your line for any twists by letting it go slack. If it twists, start over and turn your spool to the other side.

Finally, keep filling your spool until it’s about 1/8th of an inch from the rim. This helps prevent under or overfilling.

If you learn better through watching videos, you can make use of this tutorial.

You may also want to check out how to bait a hook or cast the spinning reel.

Releasing or Keeping Your Fish

For any reason, you might want to release the fish you caught. And when you do that, make sure that it survives.

It’s best if you use barbless hooks as they don’t cause any damage to the insides of the fish, enabling it to continue living naturally and peacefully after you release it.

On the other hand, if you want to keep your fish, you want to keep them fresh. You can do so by putting them in insulated boxes, a large bucket with an aerator or a self-closing basket that you can place underwater.

Of course, this is very basic and general fishing information just to give you an idea about the process and a place from which to start.